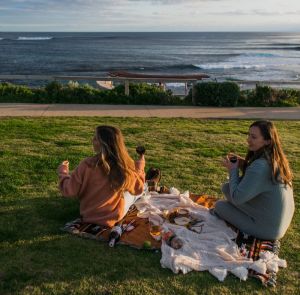 Roughly 25% of people in the UK deal with allergies like hay fever. Spring, and the new growth of plants can trigger hay fever which steadily progresses through summer leaving people with itchy eyes and blocked sinuses. The BBC estimates that hay fever affects up to 16 million people in the UK who get by with antihistamines and packets of tissues for months on end. As the UK opens up, we are spending more time outdoors socialising, often in parks and gardens.

An allergy is the way a person’s body responds to a food or substance when it thinks its immune system is under attack. When the person encounters the substance it produces a substance called histamines which are what causes the sneezing, wheezing, itching and swelling associated with most allergies.

The editor of the journal Contemporary Hypnosis has written that hypnosis could be an effective medical approach for many ailments including seasonal allergies. Research is ongoing, with researchers in Switzerland finding that hay fever sufferers reported fewer symptoms after they were taught self- hypnosis. People in the study were encouraged to visualise being on cold, crisp snowy mountains, rather than being in a pollen-filled environment.

The study took place over 2 years, with subjects being encouraged to regularly practice their visualisations. At the conclusion of the project the participants were tested and their symptoms, as measured by the congestion test and from simply asking the patients how they felt, dropped by over 30%.

The lead researcher, Professor Wolf Langewitz, theorised that hypnosis could work by altering the speed of blood flow through the tissues in the nose, helping to alleviate stuffiness and congestion. He also suggested that self-hypnotherapy might improve hay fever symptoms by regulating the immune system.

The National Council for Hypnotherapy (NCH) welcomes emerging research in these areas, and encourages their members to stay up to date with cutting edge techniques. Qualified hypnotherapists who are members of the NCH have undergone stringent training and are required to keep their skills and knowledge up to date, so they can assist people more effectively with their concerns.

The NCH has a register of over 2,000 therapists from all over the UK, many of whom are working online so they are accessible no matter where you are.

You can find a therapist who is best suited to help by using the therapist finder on the website.

Photo by Rachel Claire from Pexels