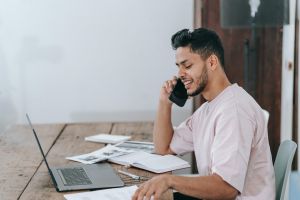 Attention Deficit and Hyperactivity Disorder (ADHD) is estimated to affects between 2-5% of the UK population. While it may appear as though the number of people diagnosed is exploding, this is due to a greater awareness of how ADHD affects people and better access to diagnosis and support.

Broadly speaking the three essential diagnostic features of the condition are inattention, hyperactivity and/or impulsivity:

Inattention: Lack of focus on tasks, having difficulty organising themselves or lacking in persistence.

Impulsivity: Impulsivity means the individual often does things which are poorly thought out or that they can’t later explain the rationale for. It can often appear as excessive interrupting or show up in addictive patterns of behaviour.

The realities of ADHD can lead to unfulfilled potential and mental health problems like depression, anxiety and gut-wrenchingly low self-esteem.

Our executive function, or ability to plan, focus and concentrate on a task is something that most of us take for granted. People with ADHD struggle with this, and therefore lose things, are often late, overwhelmed or seem chaotic to others.

While diagnosis and support is improving, many people are simply handed a prescription for stimulant medication and sent on their way. In 2013 a BBC report found that nearly a million ADHD prescriptions were handed out in England alone – a figure that has more than doubled in the last decade. While medication can help people with ADHD reduce their hyperactivity and impulsivity, medication alone is not a complete answer and there are significant risks to long term use of stimulant medications such as depression and memory problems to anxiety, insomnia and growth suppression.

ADDitude, a website which offers strategies and support for ADHD and Learning Disabilities, says alternative therapies which involve diet and lifestyle changes can help. The goal is to use therapeutic interventions to train the brain to be less impulsive and stimulate the prefrontal cortex.

There are a growing number of research articles on the use of hypnotherapy to support people with ADHD. One study theorised that hypnotherapy can be supportive for people with ADHD to experience a greater sense of self control, self-esteem, reduce stress and aid in greater feelings of competence. Another study found that patients who were given hypnotherapy had better outcomes at a 6 month follow-up than a group who were given CBT, this was especially evident in the area of emotional regulation.

If you are interested in hypnotherapy to help with ADHD, contact a NCH therapist near you by using the NCH directory.

Photo by Michael Burrows from Pexels