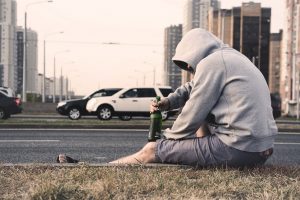 In recent years, a steadily increasing volume of data has demonstrated that peer victimisation—the clinical term for bullying — impacts hundreds of millions of children, adolescents and adults throughout the world, with the effects sometimes lasting years and, possibly, decades. The World Health Organization and the United Nations even recognise the problem as a global health challenge.

When we think of bullying we usually think of the repeated and intentional verbal and physical behaviours that seek to intimidate, harm, or marginalise someone perceived as smaller, weaker, or less powerful. Among younger children, common forms of bullying include abusive language and physical harm. This behaviour may become more subtle with age. In adolescence bullying often looks like routinely excluding or insulting their victims.

A recent BBC article interviewed Ruby Sam Youngz about the long term impacts of being bullied.  She said that the relentless bullying which began at age 10 and continued through secondary school affected all areas of her life, and she took up smoking and drinking in an attempt to cope. Now aged 46, she feels like she is starting to come to terms with the impact the bullying had upon her. “I felt like ‘no one else likes me, so I don’t like me’,” she said.

The trauma stemming from bullying can affect the structure of the brain, according to magnetic resonance imaging (MRI) data collected by a research team based at King’s College London. These findings build upon previous research, which demonstrated similar changes in children and adults who experienced neglect or abuse by adult caregivers.

“Clinical hypnotherapy has a proven record in treating anxiety, stress, PTSD and other similar issues” says the National Council for Hypnotherapy (NCH). The aim of hypnotherapy is to unlock stored emotion so that the trauma can be revisited and explored from a different perspective and there are various forms of hypnotherapy a practitioner may use and in order to determine which is the most suitable, says the NCH.

A fully qualified National Council for Hypnotherapy therapist – of which there are almost 2,000 across the UK – can help someone who has experienced bullying understand their current thought patterns so that they can identify those that are harmful and unhelpful.

During hypnotherapy sessions, you can learn to come to terms with your experiences and gain a sense of control over fears. By focusing on realistic thoughts, you can avoid falling back into negative thinking patterns whenever you encounter a trigger.

For help recovering from the impact of bullying, use the NCH directory, to find a qualified and insured therapist near you..

Adults struggle years later after bullying at school was last modified: October 22nd, 2019 by NCH News
We use cookies to ensure that we give you the best experience on our website. We take your privacy very seriously too - click 'read more' for our privacy policyOkRead more