You are here: Home » Blog » News » Seasonal Affective Disorder – Do you have the winter blues? 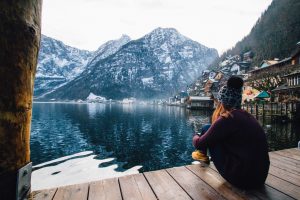 As we head into March, for some people it’s feeling as though winter is never going to end.  It’s cold and dark and it’s been that way in months.  Experiencing another day leaving for work in the dark and getting home in the dark starts to feel like it’s too much bear.

Seasonal Affective Disorder (SAD) typically peaks in January and February, the coldest months, but it’s effects are still being felt through March.  SAD is characterised by feelings of depression, guilt, irritability, low energy and apathy.  You may also experience changes in appetite such as intense carbohydrate cravings and sleep changes. The NHS says that, like other types of depression, the two main symptoms of SAD are a low mood and a lack of interest in life. This lack of interest can affect their jobs, relationships and social activities. SAD is more common than many people think; most estimates put the prevalence around 6 – 15%. However in 2014 YouGov commissioned a study that found this depression affects as many as 1 in 3 people in the UK.

When you’re sunk deep into feelings of depression it can seem impossible to get up off the couch and go outside, but with SAD this is one of the most effective treatments.  While the lower angle of the sun makes it more difficult than usual to get enough sunlight to affect our bodies Vitamin D production, you will still get a boost even if it’s psychological.

Hypnotherapy can help ease the symptoms of SAD in a number of ways.  There are various biological processes that are involved in the onset of Seasonal Affective Disorder which can be affected by hypnotherapy. Not only is hypnotherapy very effective for depression, guided visualisations can help you experience warm and sunny days even when it’s cold, raining and dark outside. Your mind doesn’t know the difference between visualisation and real experiences so your body may start to manufacture the chemicals that diminish over the course of winter.

If you think that you’re depressed it’s important to seek help.  The National Council for Hypnotherapy (NCH) has nearly 2000 qualified therapists across the UK on its register.

Clinical hypnotherapy takes a holistic approach, rather than just treating symptoms. The underlying emotions that feed the anxiety or depression are addressed and effective hypnotherapy can bring fast relief compared to other forms of therapy.  Use the NCH directory to find a therapist near you.

Seasonal Affective Disorder – Do you have the winter blues? was last modified: March 3rd, 2020 by NCH News
We use cookies to ensure that we give you the best experience on our website. We take your privacy very seriously too - click 'read more' for our privacy policyOkRead more