Are you addicted to your phone? 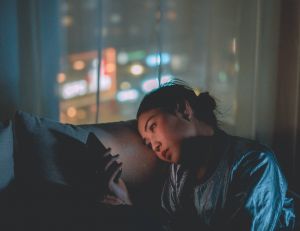 With socialising taking a different form for most of this year, we’ve turned to our phones and social media to stay connected.  According to research conducted in 2018  the average person spent 3 hours 15 minutes on their smartphone and picked it up to look at it between 58 and 150 times a day.  Now that socialising has moved mainly online, it’s pretty safe to predict that this year’s stats will be higher. An American survey conducted by Statista found that 32% of people surveyed reported t a substantial increase in time on social media in the past few months.

Last year the Lancet medical journal published a study which found that depressive symptoms increase with social media use. Using data from the United Kingdom Millennium Cohort study on 10,904 14-year-old teenagers, the study found that those who spend three to five hours on social media every day are 25% more likely to have depression symptoms than those who spend 1 – 3 hours a day. Teens spending over 5 hours a day were 50% more likely to have signs of depression than those with lower social media usage.

The National Council for Hypnotherapy (NCH) defines a problem behaviour as an unwanted habit or behaviour that you feel as though you have no control over, which affects your life or the life of those around you.  Habits such as smoking or overeating fall into this category along with problematic social media and phone usage.

Dealing with addictions, unwanted behaviours, anxieties and similar issues are all in a day’s work for clinical hypnotherapists. Often the root causes of habitual and addictive behaviours stem from anxiety, and they become self-soothing patterns. Over time they can ramp up, becoming more frequent and leading to people feeling like they’re out of control.

Some people report that they feel panicky at the thought of not having access to their mobile phones; they’ve assumed such a central position of importance in their lives. Roughly 1/3 of Americans say they would rather give up sex than their phones!

Working with the subconscious mind, a hypnotherapist can deal directly with these issues, finding the links to stress, anxiety and depression and helping the client find new ways or thinking and feeling that allow them to let go of their phones and reconnect with the real world.

If you’d like to reduce the amount of time you spend on your phone or social media, you can access the NCH’s register of qualified and insured therapists all around the UK to find someone who can assist.

Are you addicted to your phone? was last modified: October 26th, 2020 by NCH News